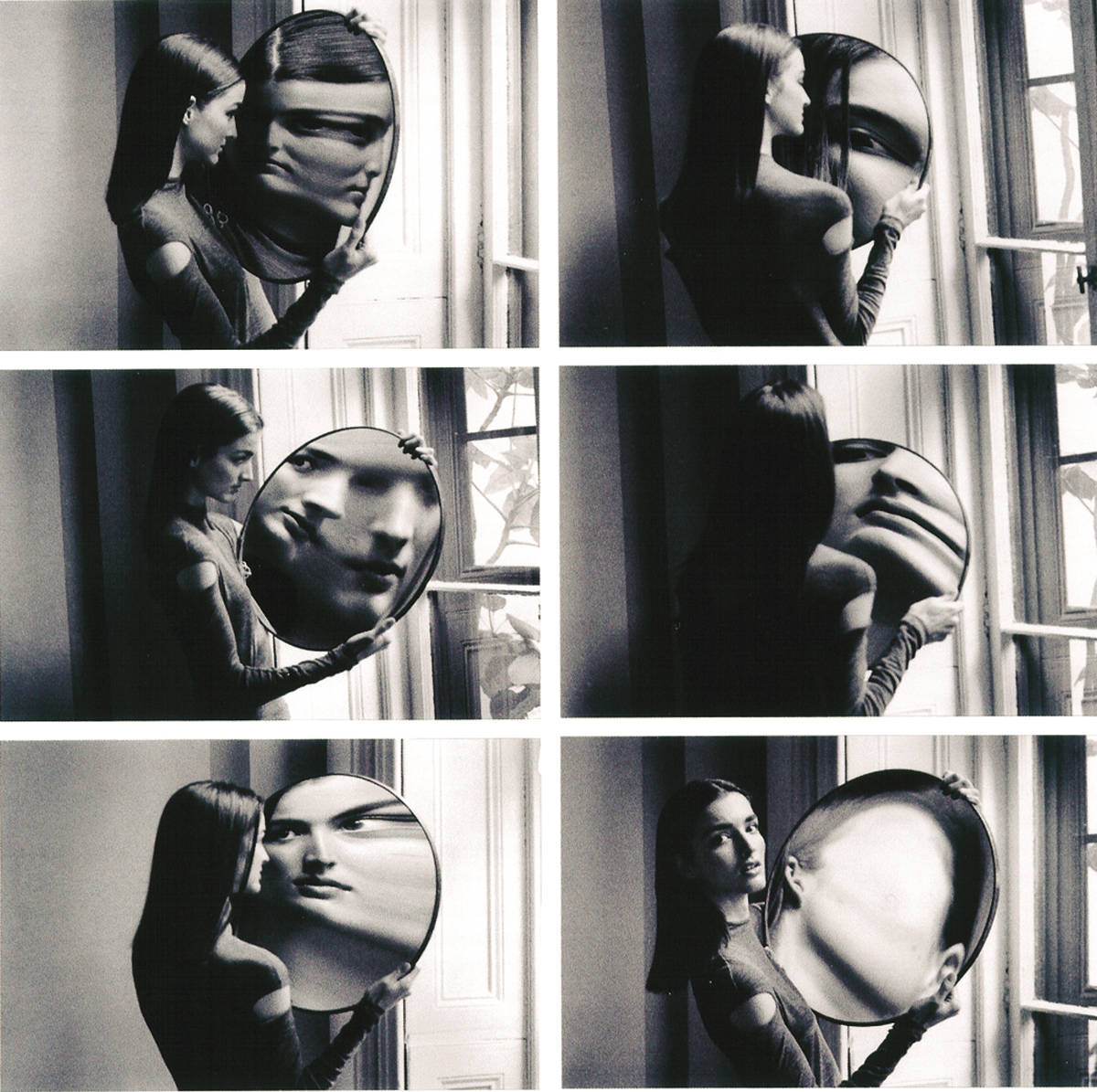 The light from the window bathes white the bedroom of the scientist Werner Heisenberg’s daughter. It is a clean room, it smells clean. Ever since she was a little girl she has seen many times, hanging on the walls of the house, the portraits of the family, the beautiful faces that she in some way resembles because they recognize her in silence. Those faces have always watched her closely but the first time she noticed it was when her father was settling down to read her the story of Alice in Wonderland. A silver reflection, almost imperceptible, slipped between the gazes of the portraits when first she heard the story of a girl who stands gazing into a mirror. Heisenberg’s daughter forgets about everything else as she looks, astonished, at her own face. The German landscape that can be seen through the window is as indifferent to her as she is indifferent to the landscape, perhaps the landscape of the island of Heligoland. Her eyes are now travelling across the ridges of her eyebrows, the deep valley of her mouth, the slopes of her nose. She has the same nose as her father, the nose she had to protect against the allergies of Heligoland, the remote island without pollen. She moves, turns, shakes again and again her gaze in the mirror until she succeeds in making her own face disappear. The arabesques of her ears, however, are still there; that is her hair, too, and that is her neck. She never manages to see all of herself, and neither is she very sure what she wants to see. Dad had said it, on one occasion, after playing the piano and rereading to Goethe on the untruthful movement: ‘it is impossible to know with absolute precision both the position and the speed, two of the basic magnitudes of mechanics, of a subatomic particle.’ She associates her father with a complex, intermittent smell. When he is near her it is a light, discreet aroma; when he moves away it changes profoundly and becomes a rich, sumptuous apparel. A companionable smell. The light in a photograph, as in a mirror, brightens some areas at the cost of darkening others. The place of the spectator is disturbing because it is uncertain.