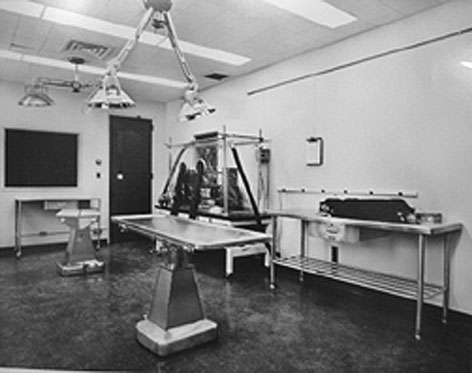 I thought to send you an excerpt from an interview which makes reference to
smells, contrasting those from early and later work. There is also a version
of the interview in No Man’s Land.  The bear picture is connected to smells
in my later work especially disinfectant, metal, formaldehyde.   Best from
Pamplona,   Lynne

Why did you resist dating your work for so many years?

This has been a bone of contention even with some of my strongest
supporters.  Mainly I didn’t want the pictures to be about a particular
place and time. I didn’t want people to say: this is the 1970s, this is the
1980s, this is the 1990s.  And I’ve always had a strong sense of life as a
blip and of thirty years not counting for much in the big scheme of things.
Probably what prompted me to start dating the pictures was that I became
more territorial.  I wanted it to be known that I did something before
someone else.  In any event, it is not so hard to figure out what is early
work (work between 1971 and 1980), later work (work from about 1980 to about
1990) and most recent work (work from the last ten years or so).  You can
tell from the objects.  The pictures are a kind of archaeology of fixtures
and furniture.  There is no question of when Professor’s Living Room was
made (page XX), the picture with the bean bag chairs.  You can almost tell
from the smells associated with the places I photographed.  The early work
conjures up smells of ashtrays filled with cigarette butts, empty beer
bottles, Freon, wet dog hair and air freshener.  The later work conjures up
smells of chlorine, metal electric wires, gasoline, plywood and
formaldehyde.  The smell of linoleum is a constant so this method is not
entirely reliable.  Also the early work is funnier, messier, more
symmetrical, warmer and less threatening; the later work colder, tidier and
more disquieting.